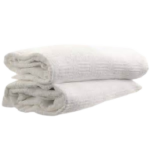 In general terms, the rituals begin by putting on Ihram garments and adopting restrictions, reciting the Talbia,  performing Umrah comprising of Tawaf (circling 7 times around the Ka’ba),  then performing Sa’ie (walking 7 times between the mounts of Safa and Marwah), or Tawaf only, depending on the Hajj variation the pilgrim is performing. 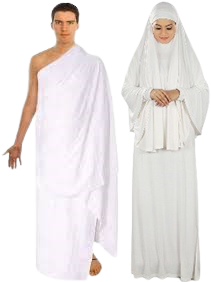 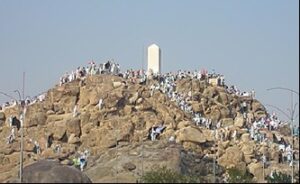 After that the pilgrims go to Mina, Muzdalifa, and Arafat (where they stand in the Plains of Arafat or climb the mount Jibal-Al-Rahmah (Mount of Mercy) and pray for forgiveness from Allah. 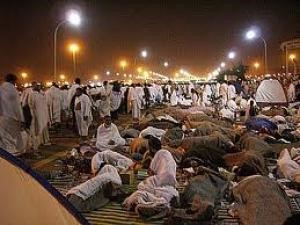 The pilgrims then return to Muzdalifa, Mina, stone the Jumrat (stoning of devils), get a haircut (men have option of shaving their heads), sacrifice the animal (depending on the Hajj option chosen), perform Tawaf al-Ifada, stone all Jumrats in a sequence and finally, conclude the Hajj rituals by performing Tawaf al-Wida. The pilgrim’s recitation of the Talbia continues between putting on Ihram garments through the stoning of the Jumrat.

See “Hajj at a Glance” chart for sequence of events and read books on Hajj for details. 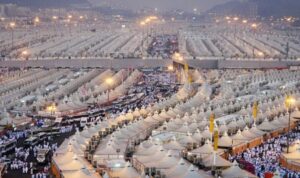